The Power Of Audio 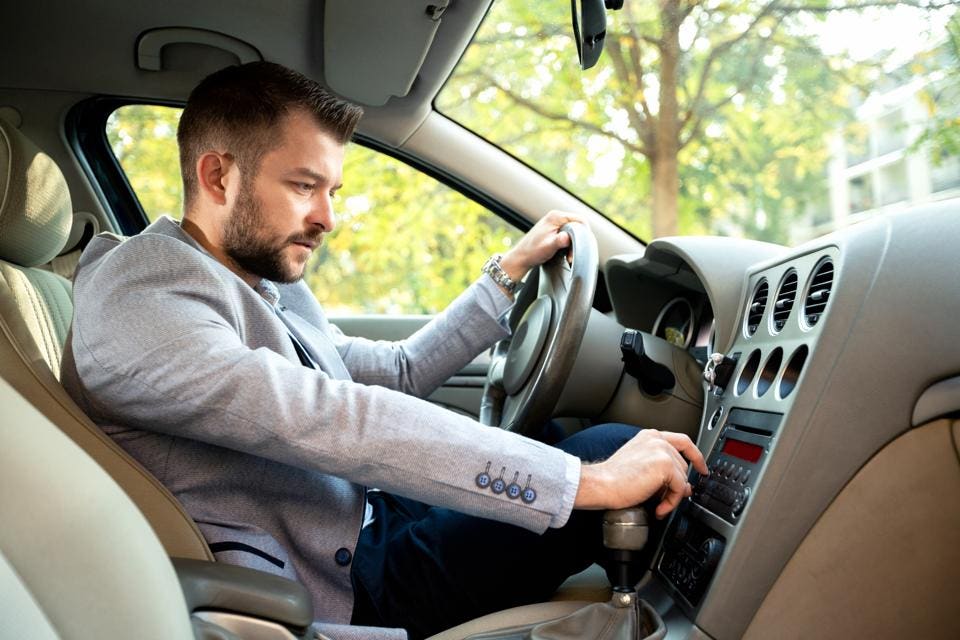 Broadcast radio was the first electronic medium. The first broadcast occurred nearly 100 years ago, when Pittsburgh’s KDKA aired the returns of the 1920 Presidential election. Since then, despite the launch of rival electronic media such as television and the Internet, radio has been thriving. The average American adult still listens for 1 hour and 45 minutes each day.

According to Nielsen’s Total Audience Report, in third quarter 2018 AM/FM radio reached 92% of adults 18+ each week. In spite of other audio choices, the reach of AM/FM radio has remained consistent. By comparison, in the past year, the weekly reach of live/time shifted television dropped from 88% to 86%. The disparity in weekly reach among adults 18-34, a popular advertising target, is even greater. AM/FM radio reaches 91% of the age group, compared to 73% for live/time shifted television. AM/FM radio also has a broader reach than all online search sites, social media and e-commerce websites.

While television has fragmented into various video platforms with millions of “cord cutters,” radio has also been facing competition for listeners. Nowadays, there are streaming audio providers such as Pandora and Spotify, SiriusXM satellite radio, smart speakers, music channels on YouTube and podcasts.

So why is the reach of radio still strong? Suzanne Grimes, the President of Westwood One and EVP Corporate Marketing at Cumulus Media, says, “Radio is thriving because it has not been caught up in the maelstrom of the at-home media explosion and distraction. Nearly three quarters of all AM/FM radio listening continues to occur outside the home, in-car and at work.” AM/FM radio remains the most popular audio source in cars. Grimes, in citing the U.S. Census, states, “86% of American commuters still get to work in a car or truck and many of them (89%) travel alone.” Grimes asserts the emergence of such streaming services as Pandora and Spotify have replaced compact disks and songs purchased on iTunes as a consumer’s “box of music;” it has not impacted time spent with radio.

Similar to digital media and now television, radio is developing its own data-driven solutions to meet the needs of advertisers. As Grimes points out, “Westwood One became the first audio platform to sign up with Nielsen’s Marketing Cloud connecting where consumers shop and what they buy with their networks and content. Entercom Radio is harvesting consumer touchpoints into their data management platform including listener responses, emails, texts and phone to help them refine consumer shopping habits. iHeartMedia has developed Smart Target profiling using data from their apps and the digital touchpoints of consumers.”

Nicholas P. Schiavone, the former Chief Research Officer of NBC Radio and the NBC Television Network, and now Principal of an independent strategic consulting practice concentrating on management, branding and research, says, “From an advertiser’s and agency’s perspective, radio’s ability to create ‘Imagery Transfer’ makes it an unusually effective and efficient marketing vehicle. With the proper creative execution, the right audio stimulus in a radio commercial will produce the visual elements of a comparable TV commercial.”

In fact, advertising research pioneered by NBC nearly 60 years ago continues to demonstrate that better than 70% of consumers will “see” a TV ad with their “mind’s eye” while hearing the radio ad … all at a small fraction of the advertising creative and media costs of a TV-only campaign. A recent blog from Cumulus says blue chip advertisers such as Procter & Gamble have been shifting their media allocation into radio to supplement and complement the erosion in TV and digital impact. A spokesperson for P&G says, “Consumer packaged goods advertisers have grown frustrated by narrow digital ad-targeting and they want to speak with everyone. Brands are looking to get the reach they want and they can’t get it with TV. Knowing that, radio seemed to be an option.”

Podcasting has become among the fastest growing ad supported media. There are now over 600,000 podcasts, doubling the number from just three years ago. One-third of adults in the U.S. have listened to a podcast in the past month, up from 24% just two years ago. The two most popular podcast publishers are traditional AM/FM radio companies; NPR and iHeartRadio. In February 2019, NPR had 18.3 million podcast listeners (48 shows), followed by iHeartRadio with total 16.6 million podcast listeners (160 shows). As a result, podcasting has become among the fastest growing ad-supported media. For example, Grimes notes, ad revenue from Westwood One podcasts has grown significantly, from $200,000 in 2016 to over $12 million in 2018. Grimes states among podcast listeners, the use of smart speakers is twice the average. And it’s an audience that is upscale, educated and engaged.

Radio listening has become a popular activity with smart speakers. Although figures vary, at least 21% of Americans own at least one smart speaker. It is among the fastest growing consumer electronic devices:  in 2017, only 7% of Americans owned a smart speaker. Furthermore, AM/FM radio is popular with these devices–an average of 50% of owners listen every month. According to Edison Research and Triton Digital, in January 2019, 19% of total listening hours to AM/FM radio streams occurred with smart speakers. This represents a year-to-year increase of 111%.

The growth of smart speakers such as Amazon Echo and Google Home have helped to popularize streaming audio and bring radio listening back inside the home. PwC’s annual Global Media outlook estimates AM/FM radio generates nearly $16 billion in ad revenue each year. One of the fastest growing segments is audio streaming. The projected annual rate of growth for audio streaming through 2022 is 7.8%, and it is expected to surpass $2 billion in ad volume in 2021.

Schiavone cites National Public Radio (NPR) as an example of radio’s forward-thinking strategy. “While much has changed in the radio medium over the last century, such as the transformation of the major radio networks, ABC, CBS and NBC into the major TV networks, the medium and the times have given birth to a new source of 21st Century vibrancy called NPR. Like The New York Times and the PBS NewsHour, NPR programming (e.g., Morning Edition and All Things Considered) has become a journalistic source of record for the nation as a whole.”

NPR has also seized upon digital technology to make itself available 24/7. Just say, “Alexa, play NPR News” and your Amazon Echo will provide the latest news no matter where you take your smart speaker. And just go to the free NPR app on your (IOS or Android) mobile device, and you can play any one of over 1,000 NPR member stations at no charge.

Schiavone says, “The existence of NPR in 2019 is important for three critical marketing reasons. Not only does it deliver a diverse audience of 99 million listeners a month, but that delivery includes the hard-to-reach Generation X and Millennials in ever greater numbers. Further, NPR offers corporate sponsorship opportunities, national and local, on par with the Olympics and PBS. The link between Relative Perceived Quality (RPQ) and ROI (Return on Investment) is widely understood in branding science. The association between Public Radio and Perceived Quality makes NPR a vibrant, profitable co-brand for corporations seeking to burnish reputations for leadership, integrity and trust,”

The History of Car Radios

Geniene Preston has been a radio personality on various main stream radio stations for over 20 years. Now its time to own a streaming radio station and use all the information and marketing stored from years of learning.

The power of audio in the attention economy
Spotify’s guide to moments-based marketing for a mobile-first world.

Where can you catch SA Commuter Radio?